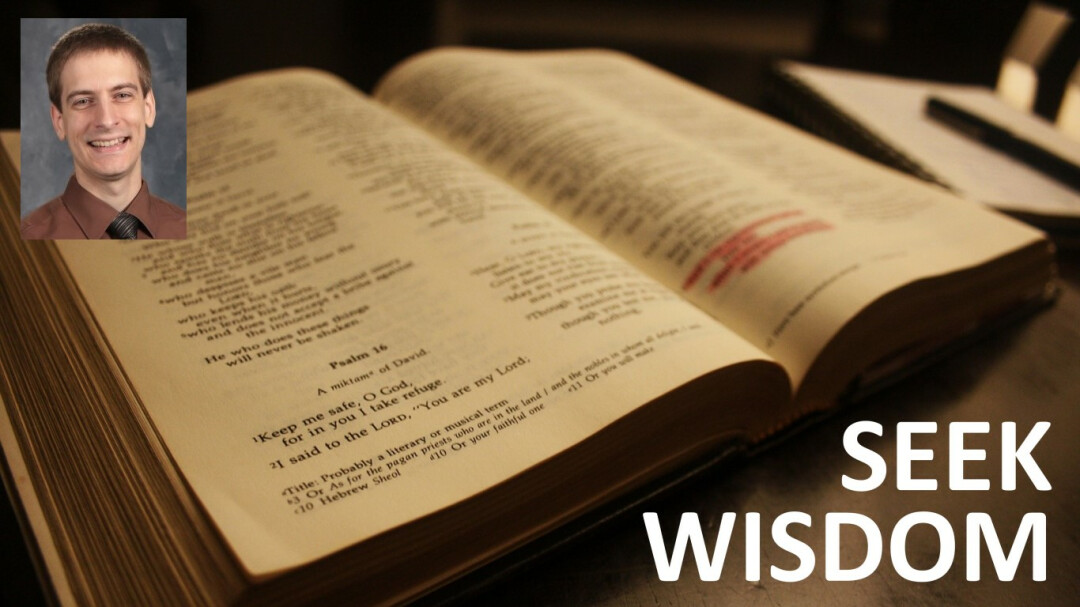 17 The words of the wise heard in quiet are better than the shouting of a ruler among fools.  18 Wisdom is better than weapons of war, but one sinner destroys much good.     (Ecclesiastes 9)

Solomon spoke these words at the end of his life, in a book called Ecclesiastes. Ecclesiastes is full of meditations on the folly of seeking power, wealth, and fame. Throughout Ecclesiastes, Solomon urges us, instead, to seek wisdom and the simple pleasures of life. One particular tale of wisdom stuck out to me.

13 I have also seen this example of wisdom under the sun, and it seemed great to me. 14 There was a little city with few men in it, and a great king came against it and besieged it, building great siegeworks against it. 15 But there was found in it a poor, wise man, and he by his wisdom delivered the city. Yet no one remembered that poor man. 16 But I say that wisdom is better than might, though the poor man's wisdom is despised and his words are not heard.    (Ecclesiastes 9)

I have a feeling many of us would love power and security, if we’re honest. We would love control and recognition from our peers. Yet Solomon (and our own life experience) encourages us to see that all of these things are fleeting. Instead of these fleeting things, Solomon seems to urge us to seek the quiet life which does good in our community, even if we gain no recognition for it. Doing good for others—seeking to save and build up—is better than grabbing power for ourselves. It’s certainly better than tearing others down.

We may gain no earthly reward for our endeavor. After all, the reward for the man who saved the city was scorn, and ultimately he was forgotten. But Solomon highlights him. Why? Because this wise man is like Christ. In the midst of all our striving for power, control, and fame, Christ steps in and saves us. The world scorned Him and try to ignore Him, but His words—though quiet—were impossible for us to ignore.

We would do well to not let his action be ignored. By repeating the wise words of Christ, we can speak wisdom into a world which chases after folly. By acting with that wisdom, we can build up those around us rather than tear them down. Let us be a light to the nations. Let us be the salt of the earth. Let us bring wisdom wherever we go.