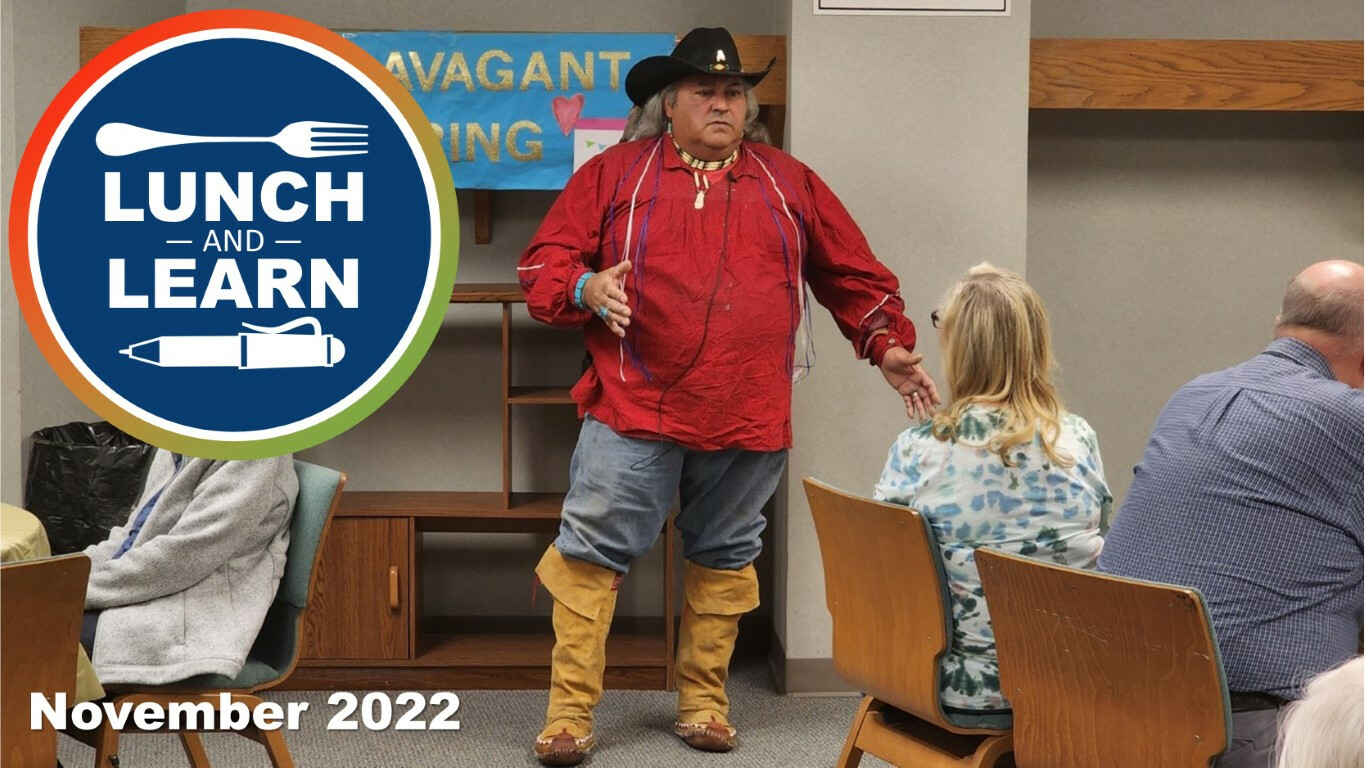 Calvary’s Lunch and Learn attendees recognized November as Native American Awareness month with an informative presentation by Mr. Tony Castoreno. Mr. Castoreno is a member of the Apache tribe of Texas and is president of the American Indian Center of Indiana.

He stated there are 553 federally recognized tribes with a large number of these also recognized in the various states where they reside. Prior to Christopher Columbus landing in what he thought was India, the Apache Nation occupied the land we know as northern Mexico, Texas, New Mexico, Arizona, Colorado, and Utah. The Apache people had a history of fighting Spanish and French forces throughout the area. Contrary to popular belief, the European forces were responsible for the practice of “scalping” as a means of eliminating Native Americans. It wasn’t until 1989 that Texas abolished a bounty on Apache scalps. A male was worth $100, a female $50, and $25 for a child. Thankfully this was not practiced, and President George Bush ended this law. Up until that time, many missions would take in natives, baptize them, and hide them until they could be assimilated into the population. In the year 2000, many natives began to come together as organized groups.

Tony’s father came to Indiana to be with his father’s uncle and aunt who were migrant workers. As president of the Indiana American Indian Center, Tony was the first to be vaccinated against COVID-19 to show others that they should do this also. He praised the Eiteljorg Museum for their accurate and informative demonstrations of Native American traditions, dances, and heritage. The Center assists the Eiteljorg in any way they can. It also is active in charitable work with food and clothing drives for Native reservations in the country.

The state of Indiana was populated by Kickapoo, Shawnee, and Miami tribes. Many Miami were relocated to Oklahoma, but remaining groups are trying for state recognition.

Native Americans are “spiritual,” not “religious.” They believe all living things are connected and sacred — plants, animals, trees, humans, etc. They have great respect for their elders, as they are the ones to pass on history and traditions. The one great commandment is “love.” The other commandments will follow if you love your neighbor. Tony related a Native story of two wolves living inside a person; one wolf follows a dark path, the other follows a light path. The wolf you feed determines your path in life.

The two large tribes are Sioux in the north and Apache in the southwest. Cherokee were in southern Kentucky, Tennessee, Georgia, and the Carolinas. Many Cherokee were relocated Oklahoma in the the infamous “Trail of Tears” march. The Navajo and Apache tribes are considered cousins. During WWII, Navajo tribesmen were instrumental in the Pacific theatre, as the Japanese were unable to decipher the language used for coded messages. The U.S. government has a “blood line” qualifier for claiming native status, but for a tribe, any lineage is valid to be considered a “whole” Native American.

Tony and Calvary attendees discussed several instances throughout history where the government has taken advantage of Native Americans with respect to water rights, mineral deposits, oil deposits, and the elimination of buffalo herds.

Tony closed with information that the American Indian Center of Indiana has a new office at 1145 E 22nd Street in Indianapolis. They would welcome donations of food, clothing, and funds for their charitable work among the people they help.

Submitted by Jim “Red” Albright, aka ??? 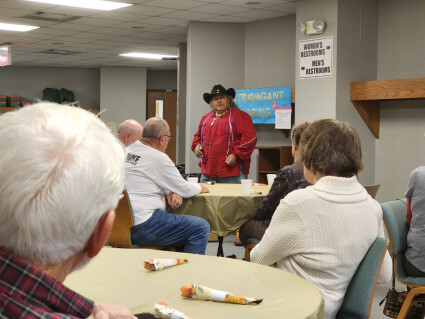 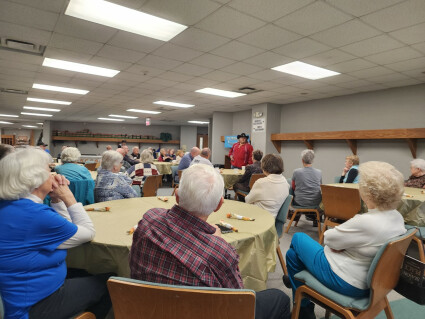 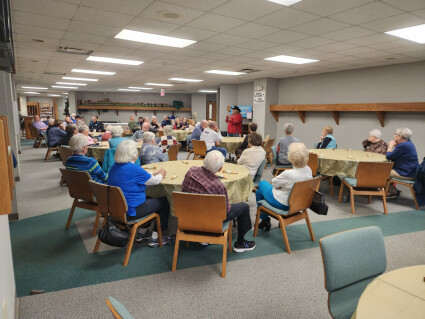 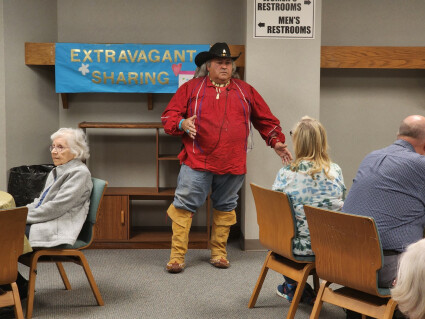 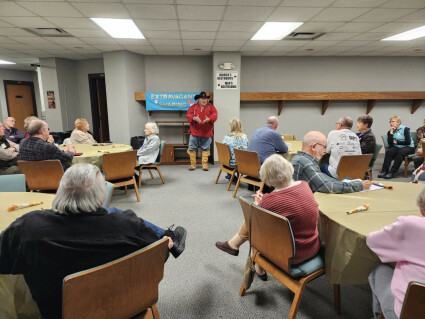 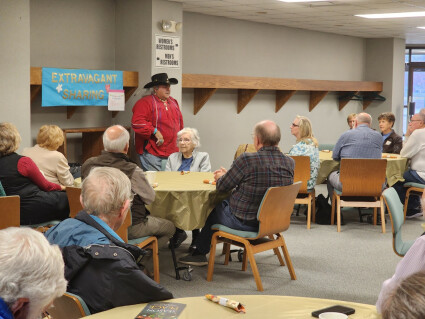 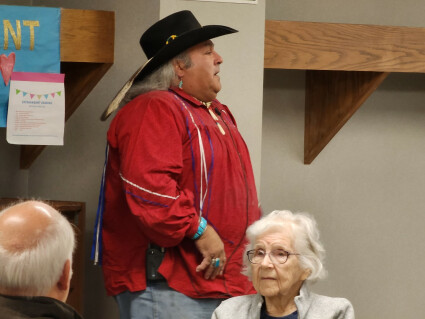 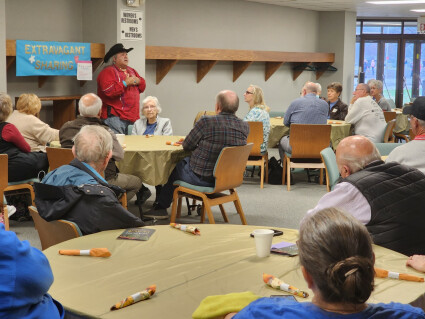 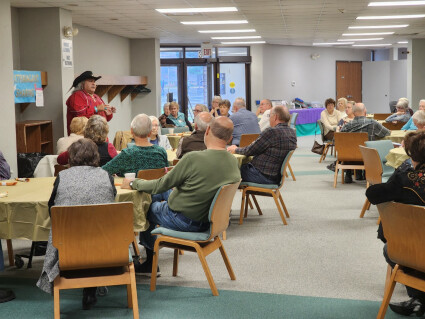