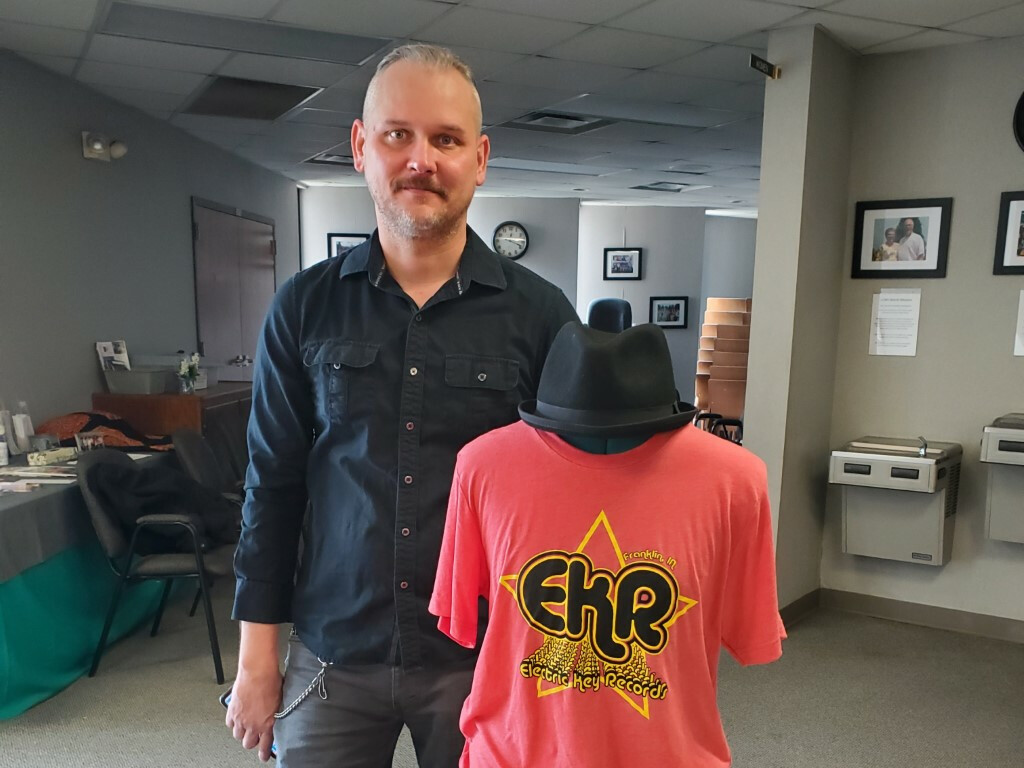 Much like the mythical Phoenix rising from the ashes, vinyl records are making a comeback. Actually, they never really went away but their popularity waned as the music industry evolved. Cory O’Sullivan of Electric Key Records brought the February Lunch & Learn crowd up to date on the vinyl record industry.

Edison cylinders (about the size of a 12 oz. soda can) were an early means of hearing recorded music but flat discs soon replaced them since they were easier to store and transport. The lacquer-based discs lasted many years until replaced by pressed vinyl. The introduction of the MP3 player in 1998 was quickly followed by the iPod in 2001. No longer did you have to carry your records or CDs with you so visiting a brick-and-mortar store fell out of favor. Many people still felt they wanted to “shop” for record albums, however, and antique malls and shops became the place to search for vinyl records stuffed into plastic milk crates hiding under display tables.

In 2008, some record industry folks decided to have a “Record Store Day” to highlight the dwindling number of independent record stores. These stores would have exclusive rights to sell some new releases that would not be available at Amazon, Wal-Mart, etc.

As the “boomer” generation retired some felt the desire to go back to the vinyl sound they had grown up hearing. Every CD player puts out the same sound quality but assembling the various components of a system gives the listener all the highs and lows a vinyl record can produce. Vinyl also provides the listener with active participation: buying the record, removing it from the sleeve, loading and cleaning the record, turning it over half-way through, and putting back in the sleeve and cover when finished. Downloading or streaming has little or no investment on the part of the listener. In 2005, one million vinyl records were sold but in 2021 the total had grown to 42 million. Existing record pressing operations are running at 100% capacity with wait times at 12-18 months.

So, what determines the value of vinyl records and how do you identify it? Some criteria are who mastered the recording, who pressed it, the material used, how many copies were initially sold, and the identifying serial numbers on the runout space at the center of the disc. The cover can also be a factor: examples include a cover changed because the original caused outrage, or if a particular song became popular and was not listed on the original cover. (The record companies would change the cover to highlight hit songs, and if you have a record before the cover was changed this can add value.) The web site discogs.com can be a great help in identifying and pricing a specific record. It shows maximum price paid, lowest price paid, and a median value.

Cory also displayed some novelty pressed records with loose sand fill between the two sides and a liquid filled disc. His store in Franklin, IN can provide valuation of personal collections and they stock many accessories to build sound systems.

Submitted by Lamont Cranston (AKA ??) 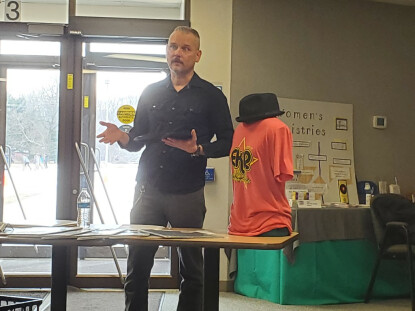 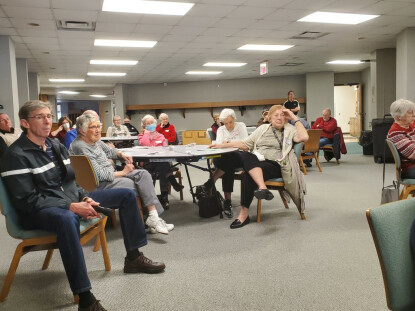 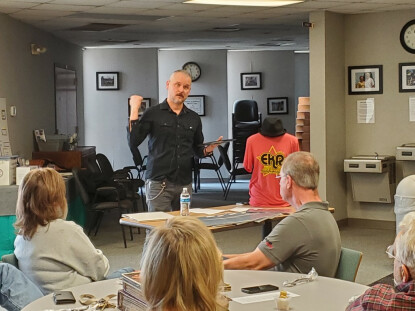 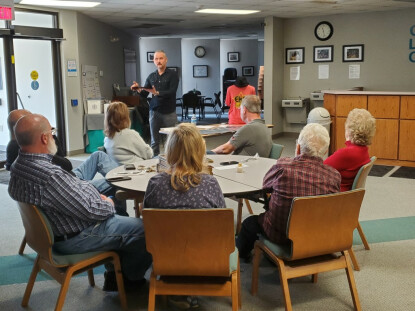 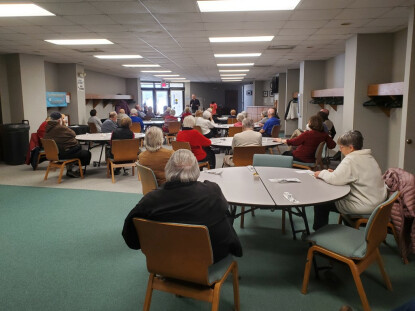 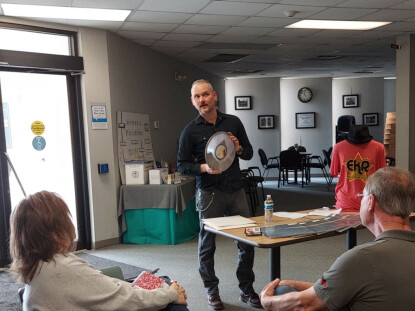 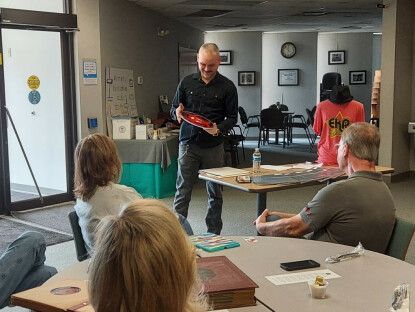 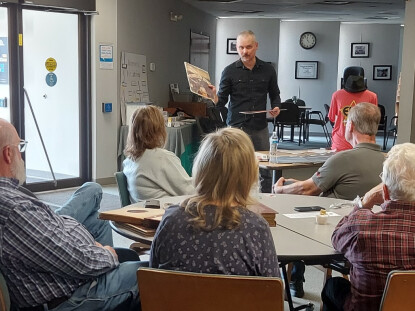 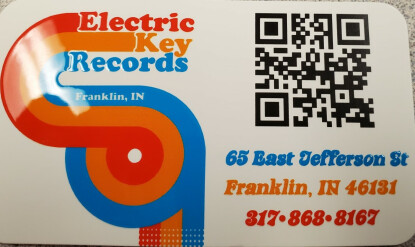 After the program and lunch, a packing session was held — packing snack bags for participants in the Purposeful Design program. 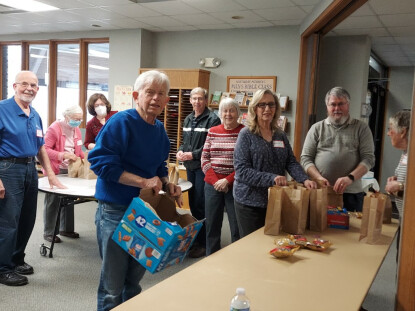 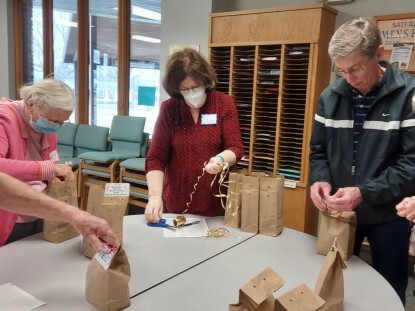