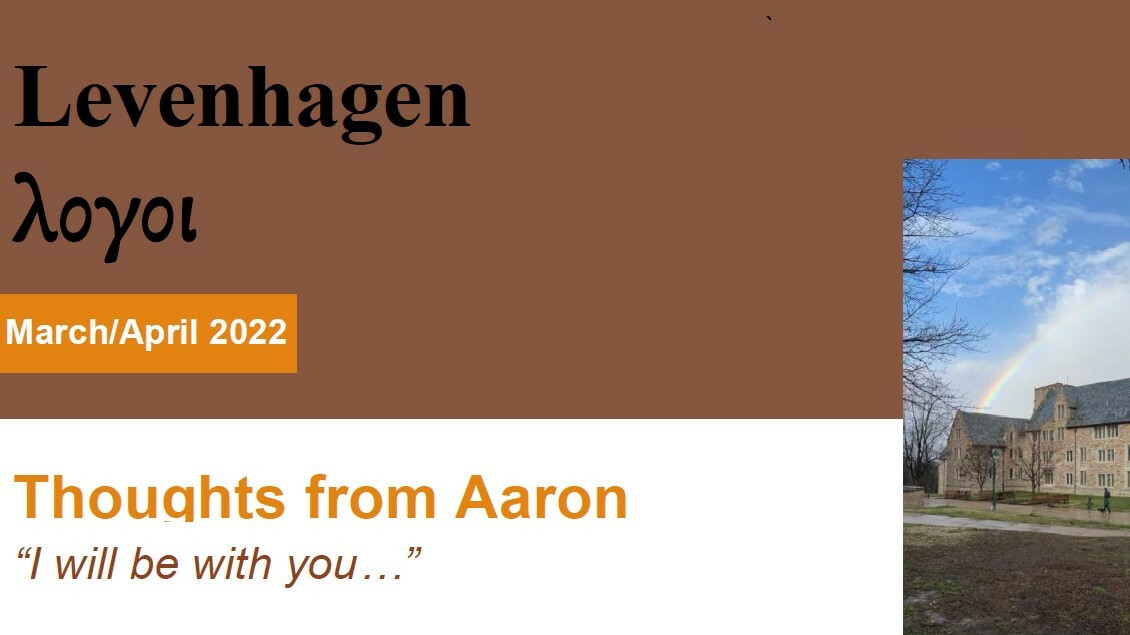 Many times, God chooses one of His people to carry out a seemingly impossible task.

I have been thinking lately about the many times that God chose one of His people to carry out a seemingly impossible task. Take Moses for example: at the age of eighty, God breaks a four-hundred-year silence and sends him on what looks like a fool’s er-rand. An ordinary day tending the sheep changed dramatically when God made His presence known in fire and Word, announced His special name, and sent Moses to Pharaoh to lead God’s people out of bondage in Egypt. Moses responded much like many of us would: “Who am I that I should go?” (Exodus 3:11). But God was not the slightest bit fazed by Moses’ fear. He told Moses exactly what will enable him to be successful in his mission: “I will be with you” (Exodus 3:12). God would be with Him. The call to God’s service came with the promise of God’s presence.

God made similar promises to many of His people. He was the God who was with Noah during the flood, the God who was with Abraham on Mt. Moriah, with Joseph in prison in Egypt, with Joshua as he led the Israelites into the promised land, with Gid-eon who was too afraid to lead his troops into battle, and with the prophet Isaiah—who not only received the promise himself but was told to remind the people that God would be them too. Think of our Lord Jesus Christ. Even His very name is a prom-ise…Immanuel…the Hebrew word meaning God with us. Every time God calls His people into action in His service, He promises them His presence.

In less than a month, Lord willing, my classmates and I will file into the Chapel of St. Timothy and St. Titus to learn where we have been called to serve our vicarages. If I am honest, I am afraid. Who am I that I should go? If there is to be any success in ministry, the power is not in the one who goes, but in the One who sends. And so, I cling to His promises: “Do not be afraid…for I am with you…” “I am with you al-ways…” “I will never leave you nor forsake you.”

Those promises are there for you too! He is there in the boring mundane, details of your lives. He is there in your moments of most gut-wrenching pain when you feel most alone. And wherever He has called you to go and however He has called you to serve…He is with you always. He loves you so deeply that He will not allow anything to separate you from His presence. Not your fears and insecurities. Not pain or ill-ness. Not your sin. Not even death. He goes with you today and every day until He comes again to take us into His presence for eternity.